Gill Historical Commission is located in the former Riverside School on Route 2. Consisting of two rooms, it features many reminders of the town's history, including photographs, ice cutting implements, farm implements, and old newspapers. Among the photographs is the famous shot of the science building burning at Mt. Hermon School while a football game is being played. Open by appointment. Visit their web page: Historical Commission

Barton Cove Boat Ramp provides access to the Connecticut River on Route 2 less than a mile east of the Gill-Montague Bridge. The ramp is operated by the state Department of Environmental Management. Closed during the winter. FirstLight Power operates a private camping, picnic and canoe launching area several hundred yards to the east.
http://www.mass.gov/eea/agencies/dcr/massparks/region-west/connecticut-river-greenway-state-park.html

Welcome Aboard - The Heritage Riverboat, a 44-seat riverboat cruising the Connecticut River for nearly a quarter of a century.
https://www.firstlightpower.com/recreation/

The French King Bridge, on Route 2, spans the Connecticut River between Gill and Erving, providing scenic views to the north and south, where the Millers River empties into the Connecticut. The iron bridge was built in 1932, rebuilt in 1992, and refurbished in 2008-2010. It's a popular tourist stop during foliage season. 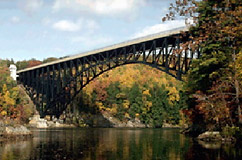 French King Gorge, Erving and Gill
The French King Gorge is an ecological, scenic and agricultural gem. The gorge was formed thousands of years ago by glacial melt waters. Looking out from the Route 2 bridge that connects Gill to Erving, you will experience one of the most distinctive views in Massachusetts.

Stacy Mountain Preserve, one mile off of the French King Highway is a scenic mountain preserve of rich forest, cliffs, and vernal pools in the Connecticut River's French King Gorge. It provides habitat for the rare Jefferson salamander, the rare spotted turtle and five state-threatened plant species. The site is accessible by automobile and visitors are welcome. There is a marked trail, which is steep in places. For further information see the Nature Conservatory website.

Janet Masucci, Hypnotherapy and Acupressure Massage
Janet Masucci has had a private practice in Hypnotherapy since 1980. She added Integrative Acupressure to her practice in 1991 and received her Professional Certification from the New England Institute of Integrative Acupressure. She also has a BA in Art Education and brings a diverse collection of skills and experiences to her work. Her varied interests include co-producing and co-hosting a program on health and wellness on radio and local cable TV and a variety of independent video productions.

In all the work she does, the focus is on cooperation, creativity and empowerment, seeing all things as part of a greater whole.

The Gill Tavern
326 Main Road, Gill, 413-863-9006.
For over 200 years the Gill Store- now newly renovated as the Gill Tavern- has served as a gathering place for the community. They serve meals made with locally grown produce and have a fully stocked bar featuring beer from the People's Pint. According to their website: "In the spirit that good food makes good company, The Gill Tavern aims to nourish the dining and gathering needs of Gill and its neighboring towns. The Tavern serves fare made from fresh, locally produced ingredients whenever possible in an atmosphere that fosters friendship, community, and respect for our environment." 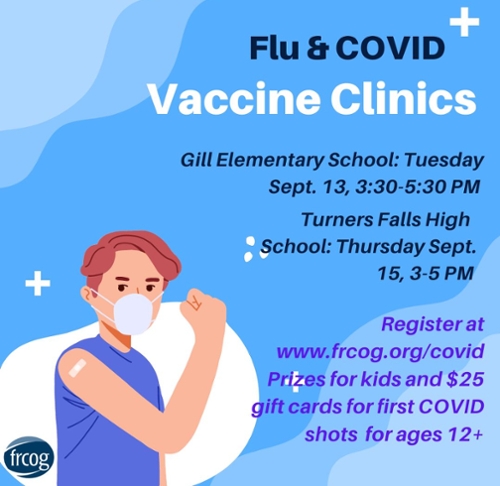